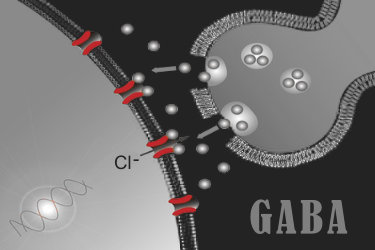 GABA (gamma-aminobutyric-acid) supplements have had some runs of popularity with bodybuilders over the years.

Most of these runs were based on the findings of a University of Milan (Italy) study which reported that it had a dramatic effect on the production of HGH (Human Growth Hormone), increasing blood plasma levels by 550%.

Still today, when you read the ads for these supplements, you see it is this study’s findings that are often quoted. What is not mentioned in these ads is that the study was conducted in 1980.

A quarter of a century has passed and no follow-up studies have produced such incredible results for GABA supplements.

While it definitely has supporters in the bodybuilding community, opinions on its ability to significantly help the bodybuilder achieve his basic goals, fat loss and muscle gain, are very mixed.

What Exactly Is It?

What Does Supplementation Do?

GABA cannot be efficiently transported through the blood and into the brain (cannot pass the blood-brain barrier). Therefore, direct supplementation within the diet will not make it to the brain.

The effectiveness of GABA supplements as they relate to HGH therefore is reliant on the role blood concentrations of GABA play in triggering growth hormone release. There is some evidence suggesting that there is a relationship here but not one that has the major effects implied by the manufacturers of these supplements.

Indirectly, some reported benefits of supplementation could have a positive effect on HGH secretion. GABA’s ability to reduce anxiety and increase deep sleep could encourage increased growth hormone release. This effect could also be anti-catabolic, allowing the body to retain more muscle post-exercise and recuperate faster.

GABA may have some benefits for the person trying to build muscle but those benefits probably won’t justify its expense (which isn’t great) for most users.

There are better muscle building supplements to spend your money and time on.

If you are having problems with sleep, however, it may be worth a try. It is considered relatively safe though some report increased anxiety, tingling and numbing sensations in the doses usually recommended in bodybuilding circles (5+ grams daily). Lower dosages are probably where you want to start.

How Can You Help Your HGH Secretion?

Outside of direct injections, there is nothing that will provide a dramatic increase in secretion. Check here for some tips on how to up your natural HGH secretion.

As far as supplements, you can look to glutamine and ZMA to possibly give you a little help.

Learn how to use attitude, visualization and mindset to positively influence your muscle building results.

Learn how supplements are regulated and why you should ignore the hype and anecdotal evidence you will hear.