You are here: Home / Guide To Muscle Building Supplements / Anabolic Steroids: The Good, The Bad, And The Ugly / The Potential Side Effects of Steroids 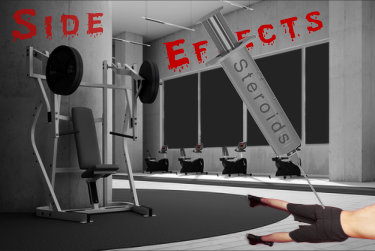 The potential side effects of steroids are enough to scare the average person away from use.

While the media tends to report the bad effects as an absolute certainty, it is important to note that the majority of the scary outcomes come from steroid abuse – from those who are uneducated, ignorant to and/or disrespectful of the dangers of the powerful hormones.

That being said, these are powerful drugs. To think even the most careful of users immune from potential side effects of anabolic steroids is naive.

However, science has come a long way in synthesizing anabolic steroids to minimize the androgenic affects. In general, though, the bodybuilding steroids that produce the greatest anabolic effects also produce the most undesirable side effects.

The disruption of the natural hormone state in men can produce the following side effects:

Both sexes put themselves at increased risk for:

The above shouldn’t be considered a complete list of the potential side effects of steroids, but rather a partial listing of some of the more common risks.

Many of these negative effects can be reversible with cessation of use but others can be permanent. As is true with any drug or supplement, a person’s unique body make-up will mean the susceptibility to these side effects, as well as the response to the desired effects, will vary by individual.

Because of more advanced design of bodybuilding steroids and due to research as well as trial and error, steroid use today can be safer than it was not too long ago.

Through the practices of cycling, stacking (simultaneously taking more than one type of anabolic steroid with another in an attempt to enhance the positive or offset the negative effects) and other things, many people are able to get some of the benefits of bodybuilding steroids while limiting the undesirable side effects.

Women and SteroidsThe dangers of steroids should rightly be considered to be greater for women who choose to use.

The androgens contained in anabolic steroids are more foreign to the female body and the appearance of side effects is more likely. Many times the early warning signs of soon-to-be visible side effects of steroids can be difficult to discern and continued use can create permanence.

Women are advised to take extra care in a decision to use anabolic steroids and, if used, should be monitored even more closely than men.

Additional Side Effects For Teens

Teens can face further side effects from steroids including the permanent stunting of growth. The use of anabolic steroids by teens in pursuit of muscle can only be characterized by immaturity and stupidity.

Even the most ardent of steroid supporters will typically vehemently advise against steroid use before a person reaches their mid-twenties and the natural growth process has been fully completed.

Using before the growth process is completed can actually condemn a young person to never even reaching his natural genetic potential as growth plates are permanently closed. And this may be the least worrisome of the dangers associated with use at a young age.

More on teens and steroid use from the National Institute on Drug Abuse (NIDA).

Because legal steroids are difficult to attain and because there is a huge demand for their potential benefits, a black market has developed marketing both authentic (but illegally obtained steroids) as well as counterfeit versions of the drugs.

It is estimated by many that more than half of the steroids on the black market are counterfeit. These drugs, often indistinguishable from the real thing to even the well-trained eye, present additional danger to users.

Manufactured in underground labs, outside of safe pharmaceutical practices, these drugs can become contaminated creating additional health risks. Dosage levels are impossible to accurately determine and therefore “safe as possible” use by even the most responsible of users is compromised.

Often times, substances sold as steroids aren’t really steroids at all. You can pay a lot of money for vitamins.

Legal Issues: Steroids and The Law 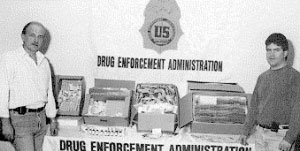 Steroids are classified as controlled substances and carry with them felony charges for simple possession in most states. Whether you are charged with the intent to distribute or simple possession, you might as well be dealing or using crack cocaine in the eyes of the law.

Potential legal problems, the mark of a felony conviction, are side effects of steroids that should not be overlooked.

For most people, steroids are simply a bad choice. People often start taking them without properly educating themselves about the risks and rewards. Even if someone is comfortable with the risks of the potential side effects of steroids, they may have false expectations of the ability of the drugs – it takes a major commitment and very hard work to get maximum results from steroid use.

For more on deciding whether or not to use, check the article, The Decision to Use Steroids.

Anabolic Steroids: The Good, The Bad, And The Ugly

Find out what they are and what exactly they do to help the body put on muscle mass.

Creatine Dangers: A Look At The 7 Most Worrisome Side Effects

Learn about the most commonly cited creatine side effects, the hidden dangers and whether or not, in the final analysis, creatine is safe.