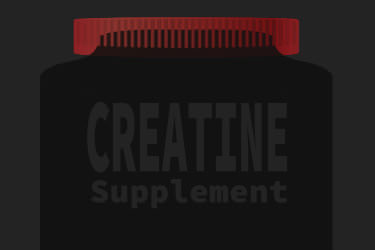 You’ve likely heard of creatine. If you haven’t, you should really start paying a little more attention to the world around you.

It is the most talked about bodybuilding supplement of the moment and the talk is well deserved.

Research has shown it to be both safe and effective for those wishing to increase muscle mass and performance in fitness activities requiring short and explosive bursts of energy (i.e. weight training).

Despite all the talk, creatine supplements remain a very confusing subject.

Everyone you meet seems to have heard something different about the supplements and, often based on incomplete or inaccurate information, developed their own opinions.

The Many Mischaracterizations of Creatine

Creatine is a natural derivate of an amino acid manufactured (synthesized) in the liver, pancreas, and kidneys from glycine, arginine and methione. From there, it is transported via the bloodstream primarily to muscle tissue. It is stored there as creatine and phosphocreatine (when it binds to a phosphate).

More than 90% of the body’s creatine is stored in muscle tissue with minor amounts also present in the heart, brain and, in males, the testes. A typical adult will store about 120 grams.

In addition to the creatine the body manufactures as described above, it can be ingested directly. Animal products contain creatine with red meat and certain types of fish having the highest concentrations.

How Much Creatine Is In Beef?

The average person’s daily requirement is thought to be about 2 grams. About half that need is met through the average diet; the other half is manufactured by the body. If the body’s needs can be met more substantially through the diet, the manufacturing will reduce.

What Does It Do?

Within muscle tissue, creatine is used to help create energy. Stored as phosphocreatine, it acts as a reserve for the quick high-energy needs of a muscle contraction. The energy for a muscle to contract is provided by ATP (adenosine triphosphate) when it breaks down, losing a phosphate to form ADP (adenosine diphosphate).

The original need, the first few seconds of intense exercise, is met through stored ATP. When ATP levels get low the body will search for a way to replenish its supply. The quickest way to do this is to, in effect, steal a phosphate from phosphocreatine to recreate ATP from ADP.

This method of creating ATP is twice as fast as creating it from glycolysis (breaking down carbs and sugars to make ATP).

Phosphocreatine basically provides the methodology to create energy while the glycolysis process gets started up. Phosphocreatine levels in the muscle tissue, however, are rapidly depleted which makes it important only in short, high-intensity activities.

Longer activities (endurance) would be more reliant on glycolysis to regenerate ATP.

What Is The Benefit of Creatine Supplementation?

The theory behind supplementation is that by increasing the creatine available to the muscles, totally saturating the muscles with it, better regeneration of ATP will occur and therefore allow the muscles to train harder before fatigue sets in.

Studies have shown that muscle concentrations of phosphocreatine can be as little as 70% of maximum. Supplementing can increase these levels.

In addition to helping regenerate ATP, the additional supply of creatine can also act as a lactate buffer. Lactic acid is a byproduct of glycolysis and is responsible for the “burning” sensation you feel within your muscles as they tire. The failure to perform an additional rep in a set is caused either by a lack of ATP or a build-up of lactic acid. By improving the rate of ATP regeneration, glycolysis is postponed and lactic acid build-up is reduced.

Creatine supplementation also hydrates the muscle cells (draws water in). This creates a bigger and fuller appearance to the muscle and may help stimulate protein synthesis as well as inhibit protein breakdown. There is also theory and some evidence that supplementation may help increase human growth hormone (HGH) secretion.

What Does The Research Show? 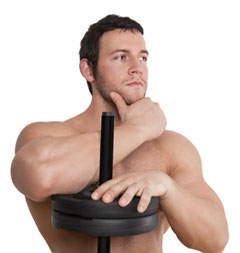 Creatine is one of the most researched of all bodybuilding supplements. The studies that have focused on its ability to help in the pursuit to gain lean muscle weight have shown overwhelmingly that it can indeed have a dramatic effect.

When added to a weight training program designed to add mass and a proper diet, supplementation produces greater gains in strength and fat-free muscle-mass over time. There is little argument about this.

Studies have also proven it to be an effective at enhancing sports performance for short-term high-intensity sports like football (5 or 6 seconds of play followed by 30 seconds of rest) and sprinting.

Supplementation has failed to provide advantages for endurance sports activities like distance running, some studies even showing it worsened performance.

The ability to train harder allows weight trainers to gain more mass, the ability to regenerate energy more efficiently positively affects football performance. And, long distance runners who depend more on glycolysis for their energy do not receive positive effects. The negative creatine effects the studies sometimes show for endurance athletes are believed to occur because of the water weight gain (within muscle cells, not underneath the skin) which becomes essentially extra weight to carry without benefits for these athletes.

How Do I Get The Most Out Of Creatine?

For some tips, read How To Take Creatine For Maximum Effect. It has enormous potential to help you build muscle but only when you use it properly.

Creatine Dangers: A Look At The 7 Most Worrisome Side Effects

Learn about the most commonly cited creatine side effects, the hidden dangers and whether or not, in the final analysis, creatine is safe.

Get the facts about creatine through some of the most common questions and answers.