You are here: Home / The Muscle Building Program Reviews / Modeling Your Way To Major Muscle Gain 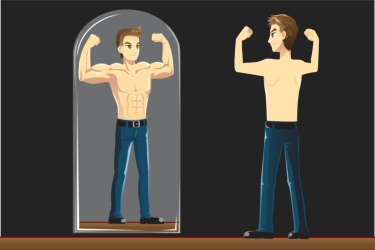 What is modeling? It is a very simple concept and an incredibly effective way to approach not just muscle gain but self-improvement of any kind.

If you want to be successful, find someone who has achieved the results you want and copy what they do and you’ll achieve the same results. – Tony Robbins

That’s it. That’s the fast route to self-improvement. You find someone who has done what you want to do, you find out exactly how they did it and then you do what they did.

It doesn’t need to be more complicated than that. It isn’t difficult to understand. It makes perfect sense. It works.

But as effective as modeling is, it is a largely ignored technique. Nowhere is that more apparent than when looking at the approaches people take to building muscle. Observe the average trainer’s approach and you will see dieting and training practices that clearly aren’t modeled on the successful achievements of those who have gone before them.

For whatever reason, some trainers seem determined to find a completely unique way to accomplish their goals.

The odds of that happening? Not good.

Choosing The Right Person To Model

If your goal is to become rich, it isn’t wise to model your own plan of action after Paris Hilton’s path. Sitting back and hoping your father becomes a hotel billionaire isn’t exactly a realistic or productive approach to your goals.

Modeling your natural bodybuilding approach after the pro bodybuilders also lacks common sense. That is sitting back and hoping your genetics miraculously improve; it is ignoring the huge impact steroids have on muscle building.

As a natural, genetically-average trainer, you instead need to model your plan on that of a natural, genetically-average trainer who has achieved significant success. You need to find out exactly what he did to get where he got, from his dieting to his training and all that goes in between, and then you need to do exactly what he did.

This is where the top muscle building programs can come into play. This is why I recommend them. They represent the fast ticket to significant mass gain because they make modeling practical and simple.

They now provide the detailed programs that led to their successes and the successes of those who have since followed the same plan. They each provide significant support as you go. This is modeling for dummies.

These programs are detailed, step-by-step vehicles to major muscle gain and those that follow them have a success rate much, much higher than average.

The know-how is right before you, served up on a platter. If you can add desire and determination to the mix, dramatic physique change is in your future.

To one degree or another, whether consciously or not, we all model our actions on others. It is the way we learned to walk and talk. We simply saw what others were doing and practiced doing what they did until we could do the same.

The person raised by a pack of wolves would end up spending a good deal of time on all fours and howling at the moon. Language skills aren’t instinctual and neither are muscle building skills. Make sure you are modeling your plan of action after the right model.

Those that end up frustrated and fail to achieve their muscle building goals are modeling their plans on the wrong model (on the supplement marketers, genetic freaks, etc.). Pick the wrong model and you will end up howling at the moon.

So… How Much Muscle Can You Expect To Gain?

That’s a question that virtually all beginners spend some time pondering.

How much and how quick?

The answer is individual and a little more fuzzy than one might think.  However, based on the results of others and some known truths, you can get a general idea of what to expect.

Learn more in the article… How Much Muscle Can You Really Expect to Gain?

More than 50 of the top programs reviewed and rated. Find out which ones build muscle and which ones are just talk.

Find out why “cafeteria bodybuilding” is a dream-killer and how you can skip it and get straight to building muscle.