You are here: Home / The Muscle Building Program Reviews / My Review of “Mad Scientist Muscle”

For More Info
and to Purchase

While most trainers advise carefully avoiding “overtraining”, staying as far away from it as possible and tiptoeing about when the giant muscle-killer comes close, Nick Nilsson has a different approach.

Nilsson wants you to go right up and slap overtraining on the butt.

Imagine that an adrenaline rush was the goal instead of building muscle.  Most tour guides are going to take you on a jungle safari safely protected safely by a reinforced jeep of some sort.  You’ll get a little thrill when a rhino walks near…

Take a safari with Nilsson, however, and he’ll have you running up and giving noogies to lions. That will get your heart pumping.

Is Nilsson’s approach more dangerous?  Heck yes. But it can certainly deliver a much bigger adrenaline rush.

It can work the same way with muscle building.  By too cautiously avoiding overtraining you can take yourself right out of the most productive muscle growth zones. This isn’t an opinion unique to Nilsson; the majority of highly regarded trainers will tell you the same thing.

The obvious problem is… How can you get into those optimal muscle building zones without falling victim to overtraining syndrome (OTS)?

Because, to be clear, Nilsson isn’t arguing in Mad Scientist Muscle that overtraining doesn’t exist or that it can’t quickly and heartlessly derail the over-exuberant trainer’s dreams.  It can, and it will if you aren’t careful. 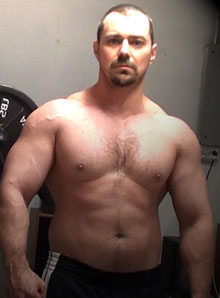 What Nilsson is saying is that, by being smart and disciplined, an experienced trainer can safely train in those optimal muscle building zones that exist on the edge of overtraining.  You can get better results by abandoning the “too cautious” approach of avoiding overtraining at all costs and lifting to the point where you are effectively giving OTS an extended noogie.

This approach isn’t for the beginner.  A criticism I have of this program, it is that Nilsson fails to make that clear in the sales material.  He does acknowledge that this program is for the intermediate or advanced trainer within the ebook.

Traditional mass gain training programs which have you continuously focusing on low volume and heavy weight do work and work well when you first start training. In my opinion, they are where new trainers should start.  They are where the straight-off-the-couch trainers will see their best results.

They work because when you first start training, this is a jolt to the body and you are in the optimal training zone.  These programs also work well because they keep inexperienced trainers well away from the dangers of overtraining.

Gradually, however, your body adapts to these stresses and the results slow and can eventually stop altogether (plateau).

This is a result of moving out of the optimal training zone and into the “undertraining” zone.

If you reach this point and you aren’t at the size you want to be, if you are willing to work even harder  to reach new goals, this is when you should check out Nilsson’s Mad Scientist Muscle.

Make no mistake though, this is seriously tough training.

Nilsson calls the approach “Planned Overtraining and Rebound”, it’s based on the “dual factor theory” training principle.  It reminds me a lot of Eastern Bloc training methods and Nilsson acknowledges the influence. 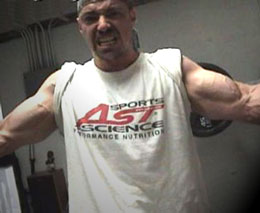 The basic idea is to work at increasing volumes all the way up to the point where you are at or nearing overtraining (accumulation) and then strategically decreasing the volume while increasing the weight used (intensification).  And then resting. And then doing it all over again.

In short, you are training to maximize your time in the optimal training zones which exist near the overtraining danger zones while backing off just enough to keep you out of extended overtraining Hell.

The “increased volume” part of the program shouldn’t make you think that you are going to be doing marathon 3-hour workouts.  This is a 4-day-a-week program with each workout taking less than an hour to complete.  The volume phases will get your heart pumping more than you may be used to though.

There are actually 3 variations of the Mad Scientist Muscle program included (timed training, cluster training and rest-pause training) to give you a six month training plan.  It isn’t a simple plan but, as always, Nilsson provides a very detailed, printable logbook that will keep you on target.

The nutrition section of the program skims the basics as you would expect from a book geared towards the intermediate trainer. Useful supplements are adequately covered and I appreciate the Nilsson is clear with when and how to best use each of his recommendations.  There is also some interesting stuff on meal timing and on low-carb eating (Nilsson suggests this option on rest days for the most disciplined trainers looking for an extra boost in muscle growth and fat loss).

Overall, minus the low-carb days option, the dietary recommendations are fairly standard. The “meat and potatoes” of this program is in the training protocol.

I’d be remiss if I didn’t mention one of my favorite Nilsson Bonuses – His email address.  The program is well laid out and easy to understand but if you have a question; Nilsson is amazingly quick with a response.

5 of 5 Stars: This is a solid, science-based program for intermediate and advanced trainers.

“Mad Scientist Muscle” can reinvigorate you and get you growing like you did in the months after you first started training.

Again, it isn’t for beginners.  However, if you have been training a while and are bored with your routine, or if you are helplessly stuck at a plateau, there are few better people to turn to than Nick Nilsson.

For More Info and To Purchase